“Put a person in that cell. No visits, no phone calls. No books, radio, tv or personal property of any sort to engage them. Put them there in this solitude for months, years. Only there, for 22-24 hours a day. All day, every day. Never knowing when they will get out or what they must do to get out…. That is solitary confinement.” 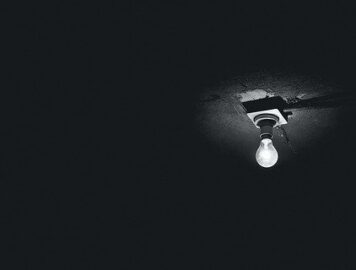 One night in January of 2014, two prison guards at the Colorado State Penitentiary walked a man in handcuffs and an inmate’s uniform down the prison hallway and deposited him in a solitary cell designated R.F.P. Ad. Seg.: Administrative Segregation, Removed from Population. Solitary confinement.  His time in that cell would be spent in crushing solitude; inside a small box almost completely removed from human interaction.

He would not be alone in experiencing the quiet brutality of solitary confinement. Across the nation, between 50,000 and 60,000 other people were in boxes just like his, spending 22-24 hours of their day in a cell the size of a parking space.  They would eat, sleep, and live penned in by cement walls and a steel door, never more than a few feet from their toilet.

However, this man, unlike the people that I visit as an attorney, ended up only spending 20 hours in solitary. He could do that because he is Rick Raemish, and during his time in that cell in January of 2014 he was the Executive Director of the Colorado Corrections Department. What was he doing in solitary confinement and why did he stay there for 20 hours? We will return to these questions in a moment. First, let me tell you a little about solitary confinement in North Carolina.

The Size of a Parking Space?

In our state, thousands of people are being tortured over months and years, subjected to a cruel and unusual punishment scheme that disproportionately targets people of color and people with mental health disabilities. A few years ago, I thought I had seen just about all there was to see of prisons and jails in North Carolina; from meetings with unhandcuffed clients in empty cafeterias to yelling through bulletproof plastic trying to slide documents through a slit in the wall.

Solitary cells are the opposite. They are crowded, dark closets the dimension of a parking space. Add to that space a solid steel door, an uncovered toilet that is also a sink, a single bed and small metal desk, all bolted to cement walls. Throw in harsh overhead lighting and a translucent window the width of your hand. That is a solitary cell.

Put a person in that cell. No visits, no phone calls. No books, radio, tv or personal property of any sort to engage them. Put them there in this solitude for months, years. Only there, for 22-24 hours a day. All day, every day. Never knowing when they will get out or what they must do to get out. Shrink their life into a walled parking space, make them stay there, with the least control imaginable of their existence or destiny. Make their world whatever comes through the slit in the locked door. That is solitary confinement.

During that first visit there, other advocates and I made rounds through the cellblock, knocking on steel doors at every cell and yelling to find out how the men were being treated, what they needed. How can I describe the pure torture I saw looking into those cells?

In the voices from behind the doors you hear desperation. You hear anger and frustration. You hear resignation and hopelessness. You hear people ask for help, not just for themselves but often for people in the cells around them. Sometimes you hear nothing and look in to see someone who has just stopped believing anyone could help them. And that silence may be justified; try as we might, help doesn’t always make it behind the door. People are left to mentally degrade for months and years with no adequate treatment and no way out.

North Carolina lags behind other states

Which brings us back to Rick Raemish. It only took 20 hours in this hell to solidify Raemish’s conviction that Colorado needed to rethink and restrict how and for how long solitary confinement is used. Soon after, he led a successful campaign that ended the use of solitary confinement for more than 15 days, and moved nearly all people with mental health disabilities from solitary confinement into less restrictive settings. His personal experience in solitary led him to completely reform its use as a disciplinary practice in Colorado.

Unfortunately, North Carolina lags significantly behind states like Colorado, as nearly 3,000 people on average are held in solitary confinement at any given time. Yet, it is not too late to act. We have an opportunity to address this dark reality of North Carolina prisons right now.

Recommendations from the Task Force for Racial Equity in Criminal Justice

The Task Force’s recommendations are rooted in both science and morality, and if adopted will stop the cruel harm done to people and communities across North Carolina. Solitary confinement is recognized as torture by the scientific and international community because, living under these conditions, nearly all people suffer severe degradation of their mental faculties. They have a significant likelihood of developing conditions like paranoia and depression, some to a severe extent. Especially concerning is that many people put in these cells are already suffering from a diagnosed mental health disability, as people with mental health disabilities are more likely to be placed in solitary confinement. Their disability has been criminalized.

“Beyond the prison walls”: grim statistics

The cruelty and damage that happens behind those thousands of steel doors reverberates beyond the prison walls.  Most people who experience long-term solitary confinement will eventually be released from prison and will re-join their communities.

With the NC Task Force recommendations, state leaders and legislators have taken a bold stance against the continuation of solitary confinement and the torture of North Carolinians. However, the recommendations will have no effect without popular support. When Rick Raemish walked out of that solitary cell after 20 hours, no other cell doors opened, and no one else was freed. It took months of dedicated work, inspired by his experience, to end long-term solitary confinement in Colorado.

We as a State must have the will, common sense, and fortitude to meet the goals set by the Task Force. And we must apply pressure at all levels of State government to keep moving toward a penal system free of solitary confinement. Political and cultural barriers, as well as  institutional inertia, will push back against any reform efforts to maintain the status quo. But we know, from the example of Colorado and several other states, that reform is not only possible, it is beneficial, and leads to healthier communities.

The people of North Carolina and their elected officials must work together to recognize and act on the truth at the heart of this battle for reform: long-term solitary confinement is torture, and it must stop. Learn more about DRNC’s advocacy efforts in NC’s prisons and jails.